Students Reunite with Teacher After 4 Decades

With a welcoming smile, he stood at the classroom door warmly greeting his students as they skipped gleefully into his art class. They knew it was time for fun and creativity with their favorite elementary school art teacher.

Towering at 6-foot-9, the teacher’s striking presence amazed the tiny fifth and sixth-graders. In the years to come, those former students would recall his caring nature as being equally amazing.

Fast-forward 40-years into the world of social media and online searches, and someone was looking for former Detroit Public Schools teacher, Bruce Peterson.  70-year old Peterson recognized the name on the other end of a Facebook friend request. It was his former Courville Elementary School art student, Christopher Buckingham.

Amazingly, more friend requests began pouring in from other Courville alumni.  By 2017, Peterson had reconnected with over 500 of his former students. His life as a retired teacher would become more interesting than he ever imagined. 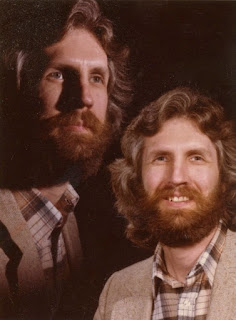 It was the 1970s when his career began at Courville on Detroit’s east side. Since that time, his students had became parents, and grandparents, but they never forgot the teacher who had such a powerful and positive impact on their childhood.

After teaching for 30 years at DPS, Peterson says he feels truly honored to be sought out by his former students. He describes reconnecting with them as the highlight of his life.

Keller Coleman was 10 years old when he was in Peterson’s art class. He has fond memories of his former teacher. “I remember that yellow VW Bus he drove to Courville everyday,” Coleman says with a smile. “He was always energetic and he challenged us as art students to think outside the box. He taught us abstracts and how to make art out of concrete. I will never forget that.” 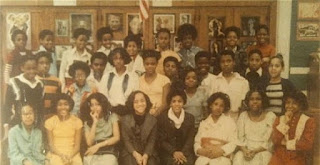 Peterson taught all phases of art to fourth through sixth grade students. “Thirty-five in each of 10 classes every week,” he recalls. “I'm amazed at how many of them I still remember by name!" In 1977 Peterson started capturing photos of his students. His collection grew to over 300 images that he has in recent years posted to Facebook. 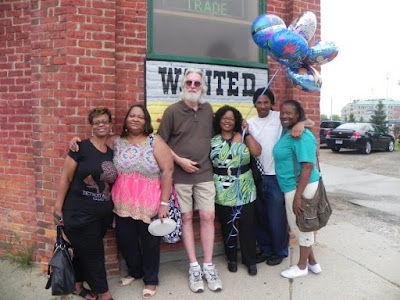 Peterson is still a working artist, and can still be found selling antique art at the Detroit Antiques Mall. It was the mall where Coleman, along with other alumni surprised Peterson, laying out a delectable spread of food prepared by gourmet cook, Marjorie Bell, for his birthday.


Former students have also honored Peterson and expressed their appreciation in other ways. He has accepted invitations to events such as the Fleming Block Party where he enjoys reuniting with former students in the Courville neighborhood. Peterson has also become a member of the Sunday Breakfast Club, a monthly gathering of men who are also alumni.

Peterson says when he was teaching, he was simply doing his job as an educator, never realizing what a great legacy he was leaving in the minds of the children.

When asked what wisdom he would share with today’s educators, Peterson replied, “It's not so much what you're teaching, but how you teach it. How you treat the children is what they will remember most.” Peterson and Coleman are now co-administrators of the Courville Elementary Alumni Facebook group with over 1,000 members. 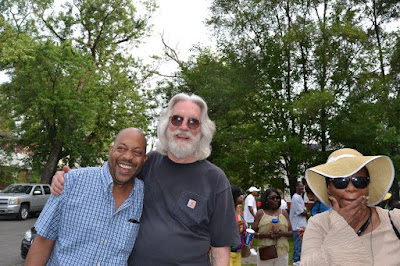 Focus Detroit E-Magazine would like to thank WXYZ-TV Detroit, Channel 7 for airing our story. See video below.